Hired in January of 2015, Gary Higgins is beginning his fourth season as Head Women's Soccer Coach at Lenoir-Rhyne this fall. A former Honorable Mention All-American as a player at L-R, Higgins was named the 2016 South Atlantic Conference Coach of the Year in just his second season at the helm.

A year ago, Higgins led the Bears to an 11-5-2 record, which marked the tenth consecutive season of double-digit victories for the program. Higgins led LR to a season-opening win over nationally-ranked Limestone. Later in the year, the Bears became the only team not to lose to Carson-Newman in the regular season. LR played the Eagles, who went on to an appearance in the 2018 Division II National Championship game, to a 2-2 draw in Jefferson City.

Higgins coached four players to the All-SAC team in 2017 and guided Abbie Brown to a spot on the All-Region squad. He was able to do all this despite losing 14 seniors from the season prior.

In 2016, Lenoir-Rhyne went 13-5-2 on the year including an 8-2-1 mark in league play and won a share of the SAC Regular Season Championship. Lenoir-Rhyne also earned a berth in the NCAA Division II Playoffs while Higgins was named the league’s Coach of the Year.

Higgins led the Bears to a 12-4-2 record in his first season - Lenoir-Rhyne's eighth straight winning season - and went unbeaten (6-0-2) over its final eight matches of the season.  The Bears also placed five players on the All-SAC First Team in 2015.

In three seasons, Higgins has compiled a 36-14-6 as Bears mentor.

Higgins came to Lenoir-Rhyne after spending three years as an Assistant Coach for the Tusculum Men's Soccer Team (2012-14).

Higgins graduated from Lenoir-Rhyne in 2010 with a bachelor's degree in health and exercise science and earned his master's in liberal arts the following fall while serving as an Assistant Men's Soccer Coach for the Bears.

Higgins played four years on the men's soccer team at Lenoir-Rhyne (2006-09), where he earned All-South Atlantic Conference and all-region honors twice while being named an honorable mention All-American by Daktronics in 2007.

In addition, Higgins led the Bears to a 19-1-1 record in 2006 and a berth in the championship match of the NCAA Division II Appalachian Region Tournament.

Higgins also played semi-professionally in the United States including stints with the Reading (Pa.) Rage of the USL Premier Development League and the Knoxville Force of the NPSL.  Higgins led the Rage to the league semifinals in 2008 and was named Team Most Valuable Player.

Higgins is married to the former Klara Ledford.  The couple has one daughter, Mirin Sarah, born in September of 2016.

In his first two seasons at Lenoir-Rhyne, Jack Winter has led the Bears to back-to-back NCAA Tournament appearances and owns a career record of 22-9-6.

Prior to his tenure as Head Coach, LR didn't qualified for the playoffs in 10 years. Additionally, he led LR to back-to-back double-digit win totals, something that hasn’t happened since 2006-07.

In 2017, the Bears captured one of the biggest wins in program history when they knocked off defending National Champion Wingate on the road by a score of 1-0. The win ended Wingate’s 18-match league regular season unbeaten streak which dated back to 2015.

Winter has coached back-to-back South Atlantic Conference Players of the Year. In 2016, Ismael Noumansana earned the accolade followed by Ignacio de Goya in 2017.

Winter won a Division II National Championship as a player at Lynn University in 2012. Winter transferred to Lynn after attending Hartpury College in England where he also won a National Championship. Winter was named an All-Conference, All-Region and All-American player while at Lynn.

Prior to becoming the Head Coach, Winter spent three seasons as an Assistant Coach. 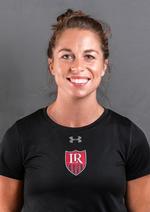 In her first year with the Bears, Maxwell helped Lenoir-Rhyne to a No. 13 national ranking and a 9-1-1 record. The Bears would go on to capture the 2020-21 South Atlantic Conference Tournament Championship with a 2-1 overtime win over Queens in Maxwell's first season. Maxwell coached five players to the all-conference team.

She played college soccer at UNC-Charlotte from 2009-2013 and served as a captain.  She played professionally in Sweden two seasons for Tierp IF and played WPSL in the area with the Carolina Rapids and the Charlotte Eagles.

Most recently, she served as an assistant with the Charlotte Eagles WPSL team for two seasons.  She has coached OPD for the last six years, and also some club coaching in the area.  From 2016-2019, she coached Hickory Ridge High School’s 4A varsity team.

She received her Master of Education degree with a concentration in Social Studies in 2017 and lives in Concord with her husband, Daniel. 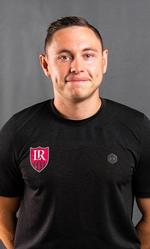 In total, Josh Alderson enters his ninth season at Lenoir-Rhyne. After a standout four-year career on the pitch, Alderson has moved to the sidelines where he has helped the Bears in a multitude of ways.

As a coach, Alderson helped the Bears to the program's first South Atlantic Conference Regular Season Championship in team history in 2018. He was elevated from a graduate assistant to a full-time assistant coach in the summer of 2020 and will be the head coach of the JV program in his new role.

Alderson is from Formby, England, and played for Blackburn Rovers and Barnsley whilst in England prior to coming to the States. During the 2015 and 2017 summers, Alderson played in the USL PDL for Springfield Synergy (Missouri) and West Virginia Chaos (West Virginia) respectively, captaining the Chaos and finishing third both seasons. He has also coached North Carolina ODP and club soccer with Catawba Valley Youth Soccer Association, with whom he is still involved.

Alderson is married to his wife Erin and resides in Hickory.

Carlos Rubio, a native of Valencia, SPAIN, comes to Lenoir-Rhyne as the men’s and women’s Soccer Team’s Goal Keeper Coach.

Rubio brings invaluable experience to both teams as the Bears look to lock down the net for the 2018 seasons. As a GK himself, he played two years in the highest U19 Division in Spain. In 2015 he began his career in the United States at Ohio Valley University, where he played for three seasons, serving as team captain two of those years and earned himself the title of second-team all-conference his junior campaign. His senior year his team clinch the regular season title, were conference tournament champions and made it to the NCAA Sweet Sixteen round of the postseason. That year his list of accolades grew, as he holds claim to First Team All-Conference, First Team All-Region and Second Team All-American. 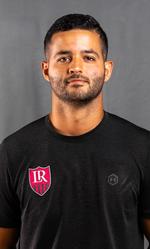